OUR FACTORY IN MURANO - ITALY

The birth of Murrina / Millefiori

Murrina Glass is obtained by a glass stick, entirely handmade using a
particular technique, which is known only on the island of Murano and includes
several passages and overlaps, and it’s made with exclusively artisan techniques,
which give the glass a cylindrical shape, after marbling it several times on a metallic
surface, called “ bronzìn”. It’s an ancient technique, dated back to the beginning of ‘900 and nowadays used only on the Murano Island by master glass-makers. Such a difficult and rare technique has been handed down from father to son for hundreds years and still remains the only one able to create a real Venetian Murrina handmade stick of glass; it still repeats the same steps and uses the same artisan technique of the past to create such a particular and original glass. That’s why it’s getting harder and harder to find real handmade Venetian Murrina Glass articles, in this picture the cylinder (called “pastòn”) has been attached to the free end of a smaller stick, already arranged with a small quantity of glass, by exerting a longitudinal depression into it with a particular instrument, until the hollow becomes closed;  then they dip the glass again into a particular instrument, called “crogiolo”. In this way they achieve a real Venetian Murrina glass stick.
. In this way they make a precious, unrepeatable and unique work of art, of every single object, in this picture, here below, two master glass-makers, grasping iron instruments, are quickly moving away one from the other, shaking the glass sticks in a particular way, centuries-old, and then putting the glass stick, still hot, on thin wood sleepers, placed in a corridor  50 mt in length, waiting for it to get cold, and  then cutting it in smaller sticks, 70 cm in length. Nowadays only two firms in the world can realize the Venetian Murrina glass stick, however, they are able to satisfy just a small part of the innumerable requests, this is because of the difficulty in finding highly specialized staff, who knows this particular technique, and the lack of young and motivated Murano master glass-makers. 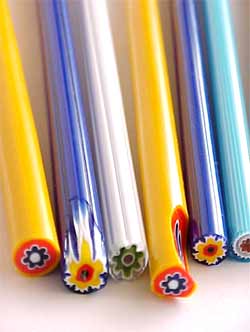 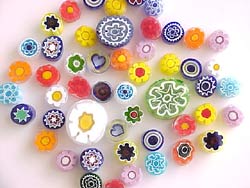 The creation of a Murrina / Millefiori 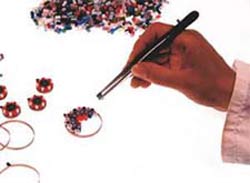 Components for the assembly of a Murrina / Millefiori Pendant 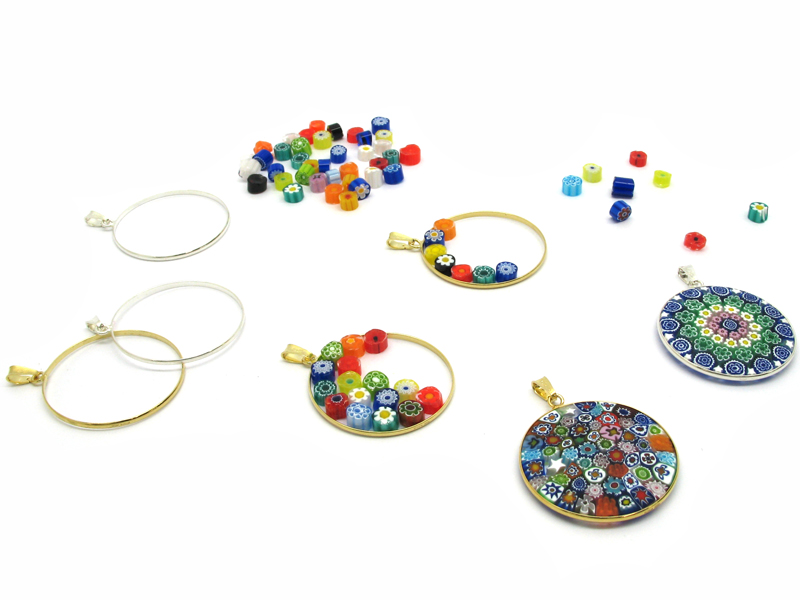 Realization of a Murrina / Millefiori Pendant 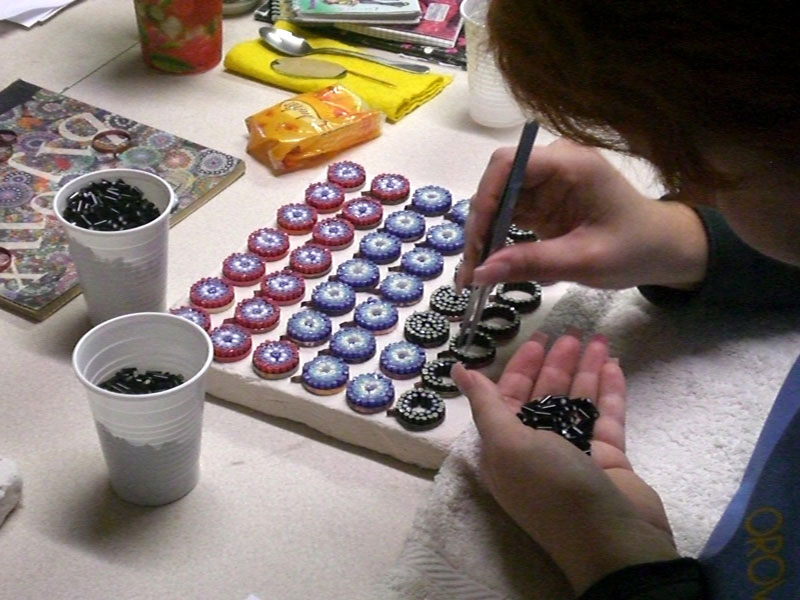 Finished Murrina, and cut in canes of 70 cm in length 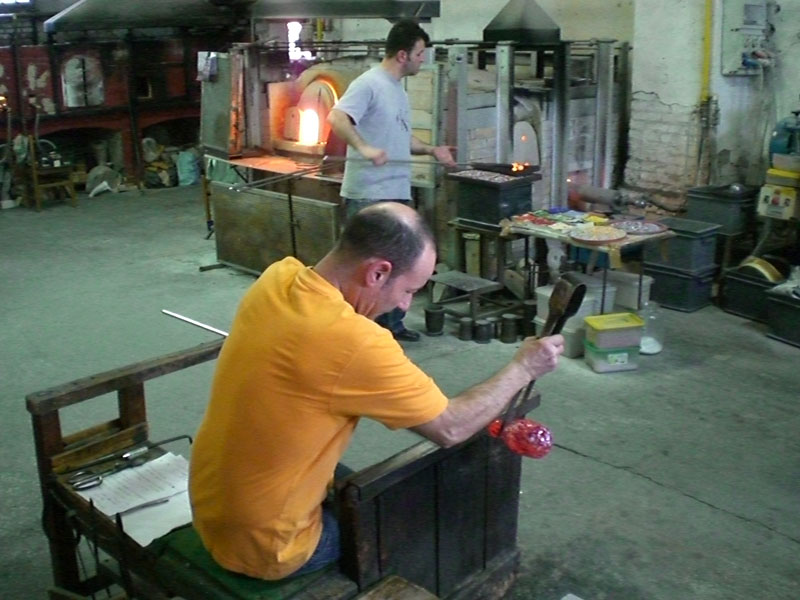